A new trailer for The Legend of Zelda Wii U debuted during The Game Awards. The game looks ten times bigger than any previous Legend of Zelda game. While it looks great, the presentation in the video is not so much the same. While I love seeing Miyamoto, the fact that demo is like ten feet away from the camera doesn’t really help to see what going on. Still, more Legend of Zelda never bad.

Via Gonintendo, Nintendo Store Uk unveils two Mario Kart 8 DLC packs. Each one featuring the first guest characters to appear on a console version of the game (Pac-man was a guest in Mario Kart arcade). Link, Villager and Isabelle are the guest characters while Toonaki Mario, Cat Peach and Dry Bowser join them as well. 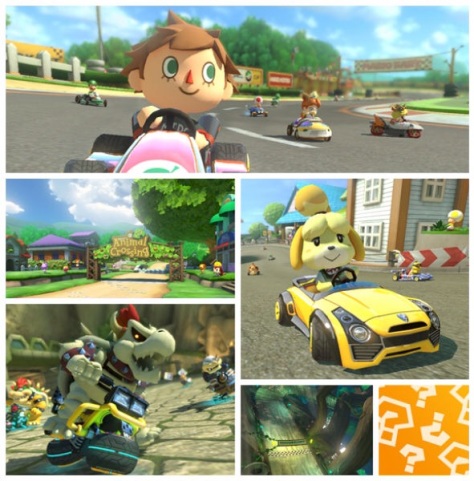 There will be two separate packs:

Nintendo is going through some troubled times. Wii U is not selling well, they have lost far more money than they expected and people are losing faith in the console. Even though the future looks all doom and gloom for Nintendo, they are not going anywhere, anytime soon. They have enough money to play around with ideas and make some sacrifices. This year Nintendo might have the best E3 presentation and a few surprises on the way. Here are my Nintendo predictions for E3 2014:

Nintendo has wanted to get into the health market for a long time now. You can see hints of this in the past with the unveiling of the Wii Vitality Sensor a couple of years ago and games like Wii Fit. With the game giant announcing that they are making a console dedicated to health, it was really no surprise. However, the reason that Nintendo revealing their new console during E3 makes it to #5 on the list is because there is a slim chance it might happen.

The reason I predict it being shown at E3 is because that is where the big companies who buy their products are. They would have show it in some form at some point, why not E3. Even  if this console is just  improving quality of life, I have to imagine it has some major game focus. Also if the Vitality Sensor makes a comeback, we will find out what the damn thing is useful for.

Whoa, how did I forget about this one. The Legend of Zelda: A Link Between Worlds is the official sequel to A Link to the Past and wow, does it look amazing. When you talk about an evolution of classic Zelda gameplay, this is it. Not since Super Mario 3D Land have I since a game that might actually make great use of the 3DS’ 3D feature.

Look forward to The Legend of Zelda: A Link Between Worlds this November.

Smash Bros Trailer for Wii U and 3Ds