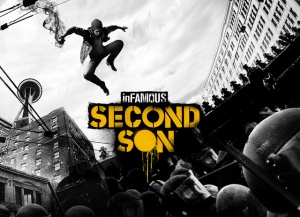 Sony debuts a new gameplay trailer showing off Infamous: Second Son in action for the first time. From what is looks like Delsin Rowe moves, fights and  plays just like Cole Macgrath. All the gameplay is familiar to anyone who has played any of the games in the Infamous series. What looks interesting is how Delsin’s smoke based powers interact with the environment as he teleports through walls and vents. There seems to be a variety to what the enemies can do as well, hopefully Sony and Suckerpunch show off more throughout the year.

Infamous: Second Son in due out Spring 2014