Well, I would officially dubbed this week the calm before the storm, but seeing as Microsoft dropped Thursday’s bombshell I would say the past couple of days have been pretty eventful. With E3 kicking off this Monday, the game industry has managed to keep everything pretty close to the chest, protecting what little secrets they have left. I suppose there is no better way to christen Renegade Plays other than having my first article be about my E3 predictions. Microsoft, Sony and Nintendo all have big surprises planned and more than anything they have something to prove. Here is what I think the big three have planned: 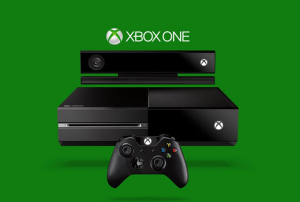 1. All about the Games: Don’t expect any talk of television, always-online or used games. The point of Microsoft’s Xbox One reveal and their announcement on Thursday was to get all of the controversial stuff out the way. It’s like ripping off a really big band-aid. Expect 80% of their press conference to be about why the Xbox One is a game console first. The biggest hint to take away from the Xbox One reveal was the announcement of 15 exclusive games at E3. This won’t be like past E3s where they brag about exclusive DLC, we are going to see actual Xbox only games and possibly a lot of new franchises. There is going to be a good mix of downloadable games, regular games and Kinect games.

2. Xbox Live: A lot of people were skeptical of Playstation Plus when it first debuted, but after few years most gamers can honestly say it completely puts Xbox Live to shame. Time for Microsoft to prove people wrong. Xbox Live has to be Microsoft’s biggest money maker and if they want to keep it that way they need to prove why it’s still viable. I think enough gamers have realized that paying to play online isn’t enough of a reason to keep buying a Xbox Live subscription; so has Microsoft. They are going to spend a good amount of time showing off the new features of Live and why their service is the best.

3. Kinect: Microsoft has invested a good amount of money into Kinect and it has somewhat paid off. As evident by packing in the new Kinect with the Xbox One, they have a lot planned for it. Sony fan boys can say what they want about motion gaming, but if the PS Move was as successful as the Kinect they would be singing a different tune. While Microsoft will show off the usual Kinect party and dance games, they might try and cater to the hardcore fans and show why Kinect is for them, just as much as everybody else.

1. Also about the Games: As impressive as Sony’s PS4 reveal was, officially they have only showed 5 PS4 exclusive games (Infamous: Second Son, Killzone: Shadow Fall, Drive Club, Knack and The Witness). Over the years Sony has built a long list of first party studios, and it would be foolish to think they are not working on something for the Ps4. Sony is no slouch when it comes to impressing fans with their Playstation only games and if past E3’s are any indication they re going to continue the trend. Expect brand new games from top developers like Naughty Dog, Sony Santa Monica and Media Molecule.

2. PS Vita Spotlight: Just because the Ps4’s release is right around the corner doesn’t mean Sony has forgotten about the little handheld that could. Year one for the Playstation Vita has been pretty rocky. Despite being an extremely impressive handheld, with a great catalog of games, nothing for the system has exactly hit home run. If Sony is smart, I expect they will show a surprising amount of big Vita games, new features that connect with the PS4 and a much needed price drop.

3. Playstation Plus: Expect Sony’s Subscription service to get a whole lot more interesting. At the Ps4 reveal, a lot of different ideas were thrown around for what the system could do. Some of those being their newly acquired cloud service and advanced sharing features. Sony might give Playstation Plus subscribers unlimited access to a whole catalog PS One, PS2 and PS3 games through their new cloud service, essentially making the PS4’s lack of backwards compatibility no longer an issue. While I’m sure everyone will have access to some of the sharing features, the truly impressive stuff will be available through Playstation Plus.

1. Return of the Third Party: One thing we can guarantee from Nintendo this year at E3 is an amazing lineup of 1st party games. Expect to catch a glimpse of Zelda Wii U, a trailer for the new 3D Mario game, a trailer for Smash Bros. Wii U and a look at a few of the other usual suspects. However, Nintendo might surprise a few people with games from the friends they have been neglecting. Despite the fact that some well known developers have publicly badmouthed the Wii U, they would be insane to completely abandon the fan base that Nintendo has. Nintendo has already cut deals with Sega and Platinum Games for exclusive Wii U games, I would not be surprise if they had deals with Capcom, Square Enix and a few others as well.

2.Continuing Reign of the 3DS: Right now Nintendo’s saving grace is the 3DS. It is the best selling dedicated handheld on the market in both the US and Japan. Since Nintendo will not be having an E3 press conference this year, instead taking its place will be one of their Nintendo Directs, which will probably only stream online for about an hour. Most of the stream will focus on the Wii U, but don’t be surprised if a few promising 3DS games show up.

3. New Franchises: This last one is more wishful thinking than a prediction. The biggest criticism of Nintendo is that they recycle the same franchises over and over. The last new series from Nintendo is Pikmin, which was created in 2001. If Nintendo really wants to steal the show, they will present a couple of new series from some of their top developers. Hopefully, studios like Retro is working on something completely new and original.