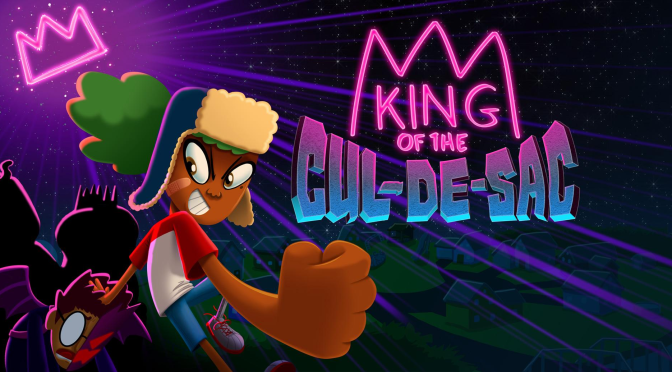 ICYMI: King of the Cul-De-Sac is a choose-your-own-adventure that’s a lot of fun and out for free on just about every PC platform you can think of. Read my impression on Black Nerd Problems.

Here we are with another edition of Indie Radar, our feature series highlighting independent games from smaller developers. Whether they are in development, just released, or in the initial concept stages, we think they deserve your attention. This week’s highlight – King of the Cul-De-Sac.

If there one thing I love in a video game, it’s a story that you can mess with. A good, old-fashioned, choose your own adventure deal. I’m a sucker for them. How can I not be? A childhood filled with Goosebumps books will do that to you. King of the Cul-De-Sac is looking to be the latest in my life-long obsession with choice-based games. In fact, it’s self-described as an interactive graphic novel. So, you know it’s calling to me.

Welcome back to Indie Radar, our feature series highlighting independent games from smaller developers. Whether they are in development, just released, or in the initial concept stages, we think they deserve your attention This week’s highlight – Protodroid DeLTA.

Everyone knows that 3D Mega Man games are even rarer than the Metroid ones. Hell, the last Mega Man Legends game came out in *checks notes* in 2000 … for the OG PlayStation. If Capcom won’t make one, then Adam Kareem will. And you know what? I can respect that. Protodroid DeLTA isn’t quite a spiritual successor to Mega Man Legends. This game’s inspiration comes from the fast and frantic gameplay of the Mega Man X series. From the game’s initial Kickstarter trailer, folks might be in for some tight platforming and some good old jumping and shooting.

The popular Steam game, I, Zombie, is making its way to the Nintendo Switch on March 8 for $4.99, according to developer Awesome Games.

Sometimes, all it takes is a bit a role reversal to make a fairly common premise feel new again, and that’s exactly what I, Zombie does. Players take on the role of lone zombie trying to survive, and judging from the trailer, eat brains and turn everyone else into the undead. END_OF_DOCUMENT_TOKEN_TO_BE_REPLACED 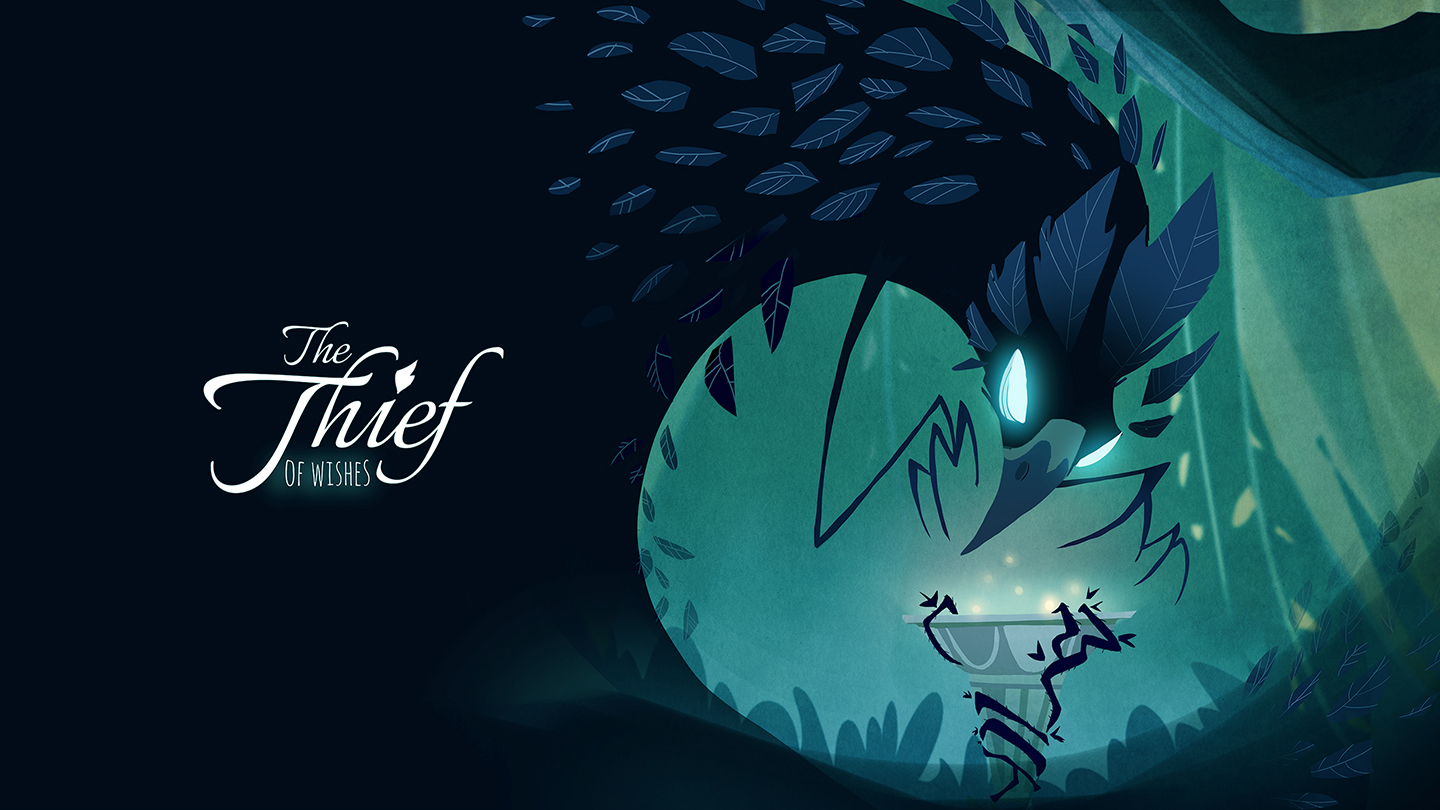 Taking inspiration from visual novels, as well as the storytelling of old fairy tales, The Thief of Wishes thrust players into a world where they can affect the narrative. You play as a young bookworm named Catharine, who is tasked with traversing between her world and nightmarish version of it to save those around her. As with other ‘Choose Your Own Adventure’ style games, the choices you make affect the ending. END_OF_DOCUMENT_TOKEN_TO_BE_REPLACED

It’s fair to say that Sony’s PlayStation 4 catalog of exclusive games are killing it. So much so that they outshine anything on the Xbox One. It’s become pretty common at this point for gamers to say that Xbox One “has no games,” making for a worrisome statement. Even I’m guilty of making this assumption.

I personally blame Microsoft. Aside from a very bloated, tech-heavy reveal of Project Scorpio, everything is quite on the Xbox front. After doing some further digging, I’ve found a few gems from Microsoft that tells a different story about their exclusive lineup. Will it be enough to get fans excited? END_OF_DOCUMENT_TOKEN_TO_BE_REPLACED

Well, since Nintendo refuses to do anything Metroid (or even acknowledge the classic’s 30th anniversary),  I often find myself looking for my fix elsewhere. And with luck, I do find games that tackle the Metroidvania style of gameplay pretty well. On the horizon is a new game called Sundered, from the makers of the critically acclaimed Jotun. A game with such promise, that it reached its Kickstarter goal of $19,091 in a mere 6 hours. As of now, the game has raised $69,353 with 16 days to go.

Color me excited for the prospect of this one. When other companies make Metroidvania style games, they tend to add their own little twist. I like the idea of procedurally generated dungeons and the consequence of becoming more powerful. Also, as a plus, the art is beautiful. You still have a couple of days to back this project if you are interested in the benefits. While I usually stay away from backing Kickstarters (I’ve been burned before), this one looks to come out pretty soon and Thunder Lotus Games has a good track record.

Amazing does not even begin to describe this gameplay trailer for Batman: Arkham Knight. The scale of Gotham City alone looks ridiculous, making the claims of the city being 10x times larger than Arkham City seem more and more true. The graphics are amazing as well, with enemies and batman looking like they came straight out of a CG cutscene. Whatever magic Rocksteady has pulled for the finale to their Arkham trilogy must be dark indeed. Also, I may have said this before: Playable Batmobile!

Insomniac gives us our first look at its upcoming Xbox One exclusive Sunset Overdrive and well …. is saying something is so “Insomniac” a term? Unlike Insomniac’s last game, Fuse, this game seem to have more of their style and charm. I honestly don’t know what to call this game. It is like an odd blend of open-world, zombie-shooter with elements of Ratchet and Clank. Strangely enough the game reminds me of Epic’s on seemingly vansihed game Fortnite. The mission statement for them seems to be, “make this game as crazy as possible”, which fits Insomniac’s style. So I’ll be keeping up with this one just to see how crazy they can get.

So after the trailer leaked, Activision saw fit to officially announce Call of Duty: Advanced Warfare. This is the first Call of Duty game made completely by Slegdehammer Game and its almost unrecognizable. The game looks like a mix between Call of Duty and all the tech from Elysium. I have not play the Call of Duty series in years because I kind of grew tired of it, but this is too interesting to overlook.

Despite my feeling on the Annualization of games, Activision seems to try to change up the Call of Duty formula enough every year so it seems completely new. Also, with the release of TitanFall, they are facing some stiff competition so the change feels necessary. Also Kevin Spacey, whoo hooo!

Well now this is a game I can get into. Many have tried the Monster vs Soldier style multiplayer before but none have done it like this one. Failed attempts like the horrible Dead Space 2 multiplayer as well as the abomination that was Aliens: Colonial Marines have left sore taste in our mouths. Evolve just looks fully fleshed out. The 4 vs. 1 gameplay seems to be tense and exciting giving both sides the right qualities that make the game seem evenly match. The hunters have the weaponry to defend themselves and monster are devastatingly power. With talk of different hunters and monsters to play as, this one is definitely exciting.