Ahhh! PixelJunk Monsters is back! Q Games and  Spike Chunsoft announced today that a sequel to the most acclaimed PixelJunk game will launch on May 25 for $14.99. PixelJunk Monsters 2 is coming to the PlayStation 4, Nintendo Switch, and Steam and I can’t be more excited!

To say that PixelJunk Monsters is my jam is more than an understatement. I’ve lost so many hours of my life on this game; far more than I can count and to hear that it’s coming back is such a treat. As you can see from the trailer, the game comes with an updated 3D graphical style, which I can only describe as a picture-perfect recreation of stop-motion animation. 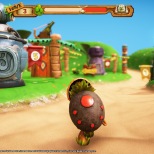 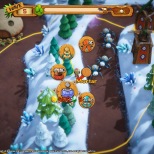 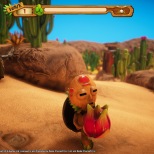 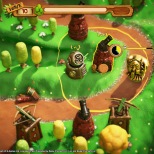 New to the series will be “FOUR PLAYER online co-op, new and sometimes quite explosive fruit bombs.” Other additions include customizable mask and shells for series protagonist the Tikiman, and the ability to switch from a top-down to a close-up perspective to make better use of the new 3D perspective.

This will be Q Games ninth PixelJunk game. I can’t wait to see everything new to this tower defense masterpiece when it releases in May. For now, I’m going to scream like a child into a pillow as I rewatch the trailer over and over again.