I’m a sucker for a good story, and nobody quite scratches that itch like Telltale games. Their episodic adventures of classic games, comic books, and tv shows take me into another world. So much so that I never want to leave.

Hell, I haven’t even bought Telltale’s Batman game because I’m afraid I’m going to finish every episode before they all release. While I am eagerly anticipating Season 3 of their Walking Dead series, let’s see what other games I would love to see the studio create. 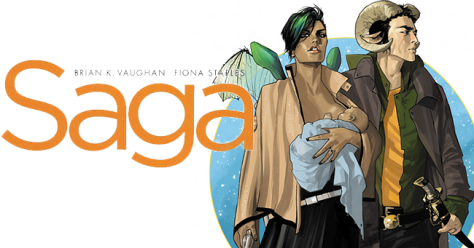 Two planets at war, lovers from each side on the run, and aliens with televisions for heads. What more could you want? Saga is an epic sci-fi comic book by Image comics. featuring a vast world and a cast of quirky characters. If anybody can translate this world into video game form, it’s Telltale.

Yes, Telltale has a secret marvel project in the works. However, I have a feeling it will be more Avengers-oriented. What I’m hoping is that they dive into the world of Peter Parker, aka the Amazing Spider-Man. One of the greatest aspects of Peter Parker is his struggle to maintain his relationships outside of his costumed adventures. This would make some very interesting choice based gameplay.

If you haven’t seen Black Mirror yet, then go. Watch it. Netflix. NOW! It’s the technological Twilight Zone you have been waiting for. Every episode deals with the moral implications of where technology can take us, with most episodes ending with horrid results. What makes it so eerie is how closely similar it is to the world we live in now. This would make an interesting Telltale series, as every episode is a self-contained story. 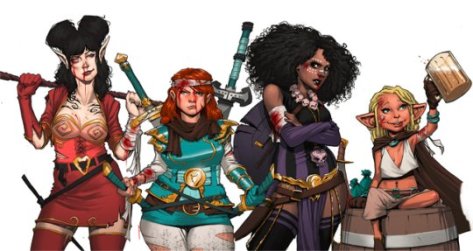 Fuck you Gary! I took me 6 months to start reading this book by Image comics, and I will regret this decision for the rest of my life. Rat Queens is (excuse the profanity) fucking hilarious. This comic is set in a fantasy world, following the shenanigans of an oddball guild of female adventures. Each one is guaranteed to have your on the floor holding your sides.If Taletell’s work with Tales from the Borderlands is any indication, then they would do this series justice.

While Teen Titans Go is killing it as a slapstick kids show, there is no denying that the absence of the original cartoon and Young Justice has left a void in older fans hearts. Telltale’s interpretation would no doubt be mature, action-packed, and filled with teenage angst. I imagine this game would play very much like their Game of Thrones series. Players would get a chance to take on the role of each member of the Teen Titans, and you choose what secrets they hide, as well as which friendships they make.

One thought on “5 Telltale Games That Need to Happen”